We are a German couple who have been living on the beautiful and magical island of La Gomera for a few years.

Through many personal experiences, self-study of medical conditions, the study of solutions, and numerous courses, we have come to the conclusion that only when body and mind are pure, can we be really healthy and also feel that way.

Therefore, it is our endeavour to lead our lives exactly in this pure form, and also to offer our services to you and share our lifestyle with you. 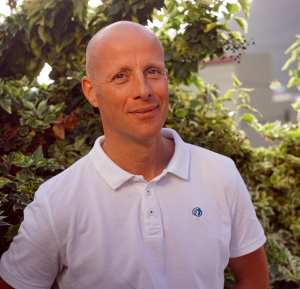 My first profession was cook.  I worked for many years in this vocation and have been through all aspects of the awareness of nutrition and cooking.  Whether in hotels, small restaurants, troops-kitchen with the army or, eventually, as Head Chef of a renowned Berlin restaurant chain.

When I eventually got the feeling of not getting ahead and my interests began to change, I hung up my profession, sold everything and took off with my backpack into the big, wide world in the hope of finding what I still didn’t know I was looking for.

Whilst in Asia, I learned Thai Massage in the north of Thailand and therewith a little of the Eastern philosophy .
Travelling through Vietnam I also got a taste of the inside teachings of Shiatsu.

When I returned to Germany, I quickly realized that, to me, in order to understand people as a whole, I lacked the knowledge of the human anatomy and physiology. That’s why I began my training as a physiotherapist. I worked for some time in various practices, the Cancer Clinic in Berlin-Buch, then in neurology in a Berlin hospital and finally by bike making home visits as a Therapist.

In 2007 I came to La Gomera and once again my life changed completely. This time it was about living as purely as possible at all levels. The first year my wife and I spend a lot of time working on ourselves and our patterns.

Then I was very fortunate to get to know the teachings of Dr. Rosemarie Frey who introduced me to the Integra method of kinesiology which changed my understanding of the world’s impact on me and vice versa. I learned to see the world as a unit, that everything is connected.
The next step was the purification of the body. First, we recognized ourselves more as "Users",   explanations of what to do and how to do things. We studied these issues a lot. Eventually, we got down to action.

My interest was immediately piqued because now so much of what was previously not understood all made sense to me. Why people are so out of balance or why the current civilized world with all its facets, makes us so weak, nervous and ill...

I learned then, as an important component of our work, the Bremen Hydro-Colon Therapy.

After that, I completed my apprenticeship as a naruropathic practitioner with a good degree and thus opened a new universe again.

And now I feel my work as a nearly round thing in which I can unite all learned aspects of my life and thus want to support you on all levels in the healing process.

And there's still soooo much more to learn - and I’m looking forward to that.

I look forward to an encounter between humans!!! 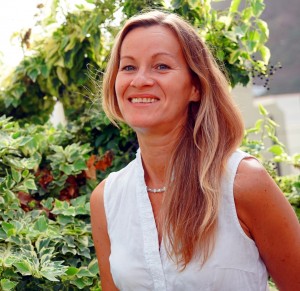